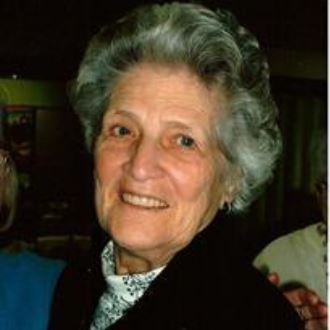 
One newspaper article has her name as Anna McLean

Born on February 2, 1930 in Cairo, NY, Anna was the daughter of the late Leslie and Hattie (Matthews) McLain.

Anna worked as a machine operator for the former Oneonta Dress Factory and retired from Sanyo's Clothing Co in Oneonta.

Anna enjoyed painting, crocheting, reading, gardening and sewing. She will be remembered for her cooking and baking, especially for homemade donuts.

Besides her parents and husband, Anna was predeceased by a brother: Wallace McLain; and a sister: Minnie Huck.

Friends and relatives are invited to call on the family from 4-7 PM on Wednesday, February 8, 2017 at MacArthur Funeral Home, 40 Cornell Ave., Hobart. A funeral service will be held at 11AM on Thursday, February 9th at Charlotte Valley Presbyterian Church, St. Hwy 23, Davenport, with the Rev. Carol Wilson officiating. Burial will take place in the spring at Davenport Cemetery. - Obituary at MacArthur Funeral Home website