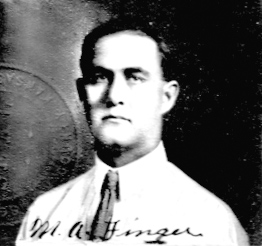 On August 19, 1915 he filled out a passport application that reads, in part: ...Mr. M. A. Finger... is sailing for the Argentine on September 4th to assist our organization there in experting and assembling harvesting machines...'"