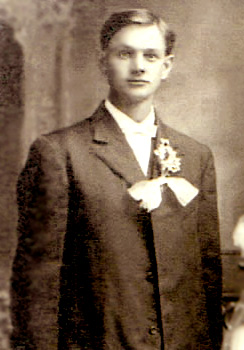 He may have been married twice. There is a marriage record for a Hugo F. Finger and Caroline W. Grosse on Dec 24, 1938.

His WWII draft registration shows his name as Hugo F Finger, and his address as 305 S St. Anna, Union, Ill. For 'person who will always know your address': his brother Otto Finger.