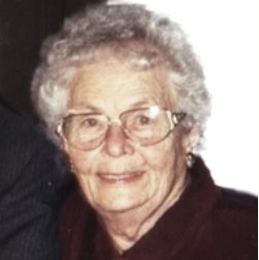 She was a resident of Clintonville for five years and then lived and farmed in the Maple Creek Township most of her life. Viola was a member of Grace Lutheran Church, Sugar Bush. She enjoyed her garden, crocheting, sewing and especially her flowers. She was formerly employed for several years at Thurks in Sugar Bush.

She was preceded in death by her parents, husband, Kenneth, a daughter, Linda, a brother Fred Knapp, brother in-law and sister in-law, Rueben (Lucille) Finger, sister and brother in-law, Clara (Gilbert) Steinberg, a granddaughter, Christine Finger and a son-in-law, Don Passehl. Burial will be in the New Maple Creek Cemetery.