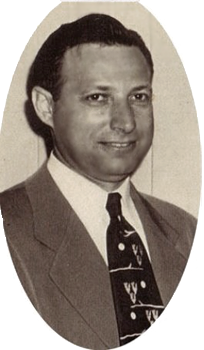 
Finger Furniture was founded by Sam Finger in 1927. His son, S.P. "Sammy" Finger, was known in the furniture industry as a pioneer. Sammy's son, Robert "Bobby" Finger, took over in 1989. After Bobby Finger's death in 2007, his son, Rodney Finger, became CEO.

As chairman of the board of the vast family-owned Finger Furniture Company in Houston, Tex., Finger was a master promoter and innovator in the retail furniture industry. He was 84 years old.

"Sammy," as he was known to hundreds of family and friends throughout America, was born in 1916 in Shepherd, Tex. As a child, he cut his retail teeth in his parents' small general merchandise store in the tin town in the middle of the East Texas Piney Woods.

Young Sammy learned all phases of the home furnishings business working in every department of the stores. In 1959, he became president of Finger Furniture Company, serving in that position until he became chairman of the board in 1988.

One of the hardest working men in the furniture industry, S. P. Finger put his mark on every facet of Fingers' operation, from merchandising to warehousing, sales to marketing. Active in the company until the past two years, S. P. Finger was seldom seen without his trademark yardstick in his hand as he toured the stores. More importantly, Finger knew and cared about each employee and each of their families.