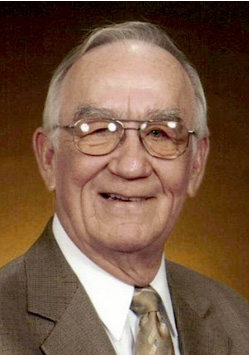 
Thomas Henry Finger, age 80, of Lenoir City, passed away peacefully on November 21, 2016, at Park West Hospital. He was a man of integrity, compassion, and deep love who faithfully served his Lord.

He was a member of First Baptist Church Lenoir City and a former member of Grace Baptist in Knoxville, where he served as a Sunday School Teacher and Deacon. He graduated from Young High School and attended Carson Newman College and U.T. He retired from O'Neal Steel and had served in the Air National Guard. He was a former member and past President of Karns Lions Club and a former volunteer of Tennova Turkey Creek Hospital. He was also an avid golfer and fisherman.

His greatest joy was being with his family, especially his three beautiful granddaughters, and doing more for them than they ever expected. Tom was preceded in death by his parents, Gene and Lucille Finger; and a special nephew, Jeremy Frye. He is survived by his loving wife of 57 years, Carolyn (Frye) Finger; sons, Scott Finger and his daughter, BreAnna Finger; and Trevor Finger and wife, Beverly; along with their daughters, Megan Peters and husband, Chris; and Mackenzie Finger; his sister, Barbara Houser; many cousins, nephews, and nieces.