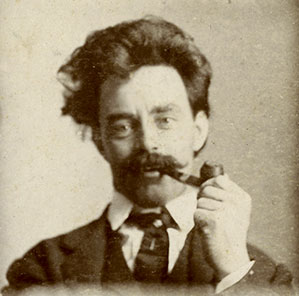 
Read information about Charles J. Finger and his daughter Helen Leflar from the University of Arkansas

Charles J. Finger: Gallant Rogue or Hidden Folklorist? from the Library of Congress.

On July 5, 1983, the city of Fayetteville established a park named in his honor not far from Gayeta.

He died of influenza and a heart attack on January 7, 1941, at Gayeta and is buried on the grounds.


FAYETTEVILLE, Ark., Jan. 8 - Charles Joseph Finger, 69, widely known author, died at his home near here Tuesday following a heart attack. A native of England, Mr. Finger published his first book, "Choice of the Crowd," in 1921. He won the Newbery Medal for the most distinguished contribution to juvenile literature in 1924 with a volume, "Tales from Silver Lands." - Buffalo Evening News January 8, 1941

In 1944, the Maritime Commission named freighter Charles J. Finger in his memory.