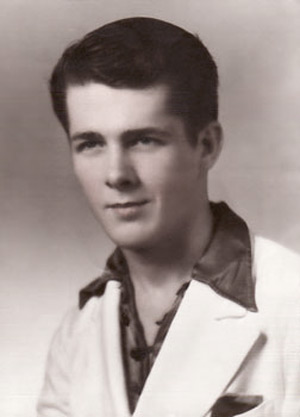 Robert is the son of Beatrice Munson and her first husband, Robert Bergstrand, he was adopted by George LaSurk. - Shirley Bingel letter 4/96

They were married in the home of the 40's movie star Mischa Auer in California. They were sweethearts in Miami, where both had done modeling. It is my understanding that 'Bob' headed to California in approximately 1944 to pursue a career in the movies. Floy followed and they were married. - Judy McGill

According to the SSDI record, his last residence was North Tonawanda, Niagara, New York