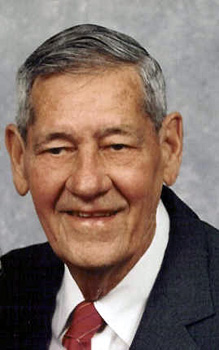 Born in Milstead, Ga., he was the son of the late George W. Sr. and Mattie Pirkle Finger and was preceded in death by a son, George W. Finger III.

A U.S. Navy veteran of WWII, he was a gunner's mate second class, SV6 and was awarded numerous medals. He retired from Chicopee Mills after 42 years of service and was a participating member of the Johnson and Johnson Georgia Retirement Association.

Mr. Finger was a longtime member of West End Baptist Church where he served as a deacon and worked in the church office every Sunday. Mr. Finger was a loving and devoted husband, father, grandfather and great-grandfather. He loved the outdoors, was an avid fisherman and a faithful listener of WMSL. He was a friend to many and had a particular fondness for Varsity Chili Dogs.

Funeral services will be Tuesday, April 7, 2009, at 2 p.m. at West End Baptist Church with Revs. Lee Hunter, Ray Finger and Shane Moore officiating. Interment will be in Evergreen Memorial Park.