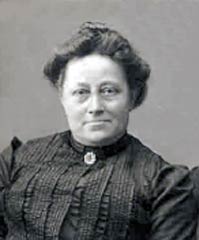 Mrs. Laura Finger, who has been seriously ill at the home of her son, Howard Finger, on Jane street, is recovering nicely under the care of Dr. James Krom. - The Saugerties Telegraph April 20, 1934.

Arthur Finger was called to Saugerties by the death of his grandmother, Mrs. Laura Finger. - Schenectady Gazette May 21, 1937