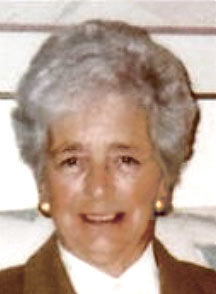 Lois was a graduate of Port Allegany High School and was in the first graduating class from the University of Pittsburgh School of Nursing, receiving an RN degree. Following graduation, she worked in Washington at George Washington Hospital. She returned home to care for her ill mother. She married Preston and they left for their honeymoon the same day the Korean War broke out. Lois and Preston moved to Bradford in 1956, where she became a full-time mother. Absolutely nothing came before her family and she was a staunch supporter of her children.

Lois inherited a love of music from her mother, who was a concert pianist and organist.