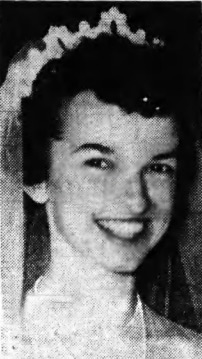 The newlyweds, who took a honeymoon trip through the Laurentian Mountains in Canada, are residing at 462 Delaware Ave. - Times-Union September 7, 1953.