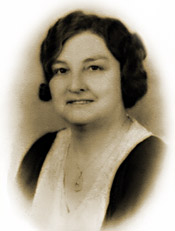 Alice Rowland Wellington, of Hamden, has been granted a divorce from Earl S. Wellington, of Orange... on grounds of intolerable cruelty... The divorce was granted on a cross-complaint brought by Mrs. Wellington after her husband had previously instituted suit for divorce, also on an allegation of desertion. Judge O'Sullivan ordered alimony of $15 per week paid to Mrs. Wellington. - New Haven Register (1939)

She was a member of the D.A.R.

The SSDI lists her as Alice E. Wellington, divorced - 1958