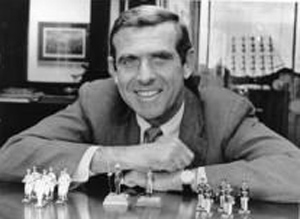 
Jerry Elliott Finger passed away on the 3rd of February 2016, after a life well lived. He died surrounded by, and comforted by friends and family. His death was caused by complications from emphysema. Jerry lived a full life that included many achievements and experiences, but none were greater than the relationships he enjoyed with friends, family, associates and business partners, students and the many lives he touched and made better by his enthusiasm and generous heart. He was born on the 11th of October 1932, in Houston, Texas to Hyman and Bessie Finger. He was later joined by his two brothers, Marvy and Ronny, to whom he was close to his entire life.

Just after graduating from Wharton, he married Nanette Breitenbach of Houston, Texas, and they were immediately stationed at a naval base in Norfolk, VA. where their first son Richard was born in 1956.

From his experience in the Navy, Jerry developed a life-long love of the sea, boats, sailing and anything nautical, including grog. After leaving the Navy in 1956, Jerry & Nanette returned home to Houston and began to raise their family.