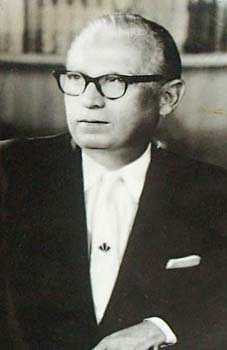 
Hyman E. Finger, one of the founders of Finger Furniture, died of a heart attack Tuesday at the age of 67.

Finger, who was born in nearby Shepherd, Texas, sold his interest in Finger Furniture, one of the largest furniture firms in the nation, to his brothers 12 years ago. He then headed Office Furniture Showcase as well as becoming chairman of the board of Republic National Bank of Houston and joining his three sons, Jerry, Marvy, and Ronnie, in forming Finger Enterprises, builders of homes, apartments, shopping centers, etc. He also was an investor in real estate and other ventures.

He came to Houston in 1926 and started Finger Furniture at 2929 Main. He was joined in that venture by his brothers Aaron and Sammy, as well as his father, Sam. He was active in the Jewish Community Center, United Jewish Campaign, National Jewish Hospital of Denver, Arabia Shrine, as well as being a member of the Shepherd Lodge No. 866 Mason and Temple Lodge of Houston.