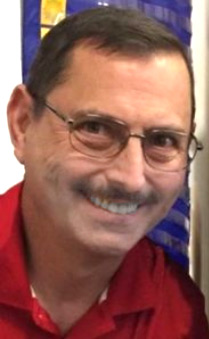 
Robert Roy Finger, 65, of Lancaster, was waved into heaven by St. Peter on Thursday, December 21st, 2017 at his home in Lancaster, PA.

Born in Lancaster, he was the son of John L. Finger and the late Pauline (Scott) Finger.

Rob was a graduate of Lancaster Catholic High School, received his Bachelor’s degree from Elizabethtown College and continued through the years to receive his Masters and Doctorate in sales and marketing. He served as president of the International Brotherhood of Electrical Workers 1600 Local from 1984 – 1988. He spent most of his career with PP&L. He also spent time as an adjunct professor for Lebanon Valley College and Harrisburg Area Community College.

Rob thrived when he was surrounded by friends and family who were all so very important to him. Rob will be remembered for his life-long love for corny jokes, proving Murphy’s law really does exist, beating the cat’s record of having 9 lives, standing up for those that could not stand up for themselves, and for his musical talents and adventurous spirit. He will be remembered for his many contributions to the Lancaster community but most of all for his voice. Rob began and sang in the music group, Companions on a Journey. For over 30 years, he sang and played guitar each week at St. Anthony’s of Padua Catholic Church. Later, he lent his voice to the non-profit group, Songs for the journey singing and playing for hospice patients.

Rob is survived by his wife of 46 years, Denise A. (St. Pierre) Finger; four children, Jennifer Avery and husband Nathan, of Millersville, PA, Robert Finger and wife Nichole, of Mooresville, NC, Claire Finger, of Ventura, CA and Andrew Finger, of Kansas City, MO. He is also survived by four grandchildren, Adessa, Will, Laurel, and Matthew as well as his sister, Cassie Haley, of Las Vegas, NV and brother, John Finger.