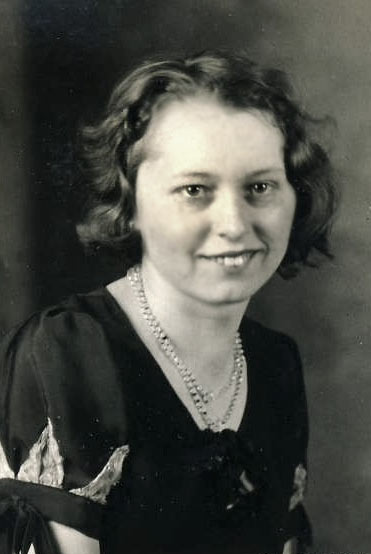 
Helen Finger was the sixth child of John P. Finger and Mary M. Blyer. She was born in Canton, Ohio and lived in the Canton area her whole life with the exception of one year spent in Florida. Her first marriage was to Wilbert Hague and they divorced after ten years. They did not have any children. She then married Orland H. Covert on June 23 1951, and had two children. Helen was active in card club, Coterie Club, and the Lullaby Club. She died in 1994 and was cremated. Her ashes are interred at Forest Hill Cemetery in Canton. There is no grave marker but she is next to her husband Orland.