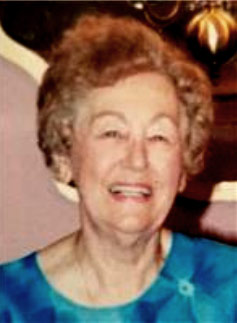 Born in 1930, Audrey was a lifelong resident of New Orleans, graduating from Sacred Heart High School in 1946. She was the eldest daughter of Arthur J. Seeling and Madeline Klien Seeling.

She married the late Robert B. Finger Jr. in 1955 and they enjoyed a long happy marriage which included being members of the Terrytown Grand Squares and the Sunrise Sundowners Square Dance Group.

Audrey is survived by her son and his wife, Donald Finger and Laurie Finger; her daughter and her husband, Janet Foreman and Chip Foreman; five grandchildren, Megan Grantham and her husband Robert Grantham, Zachary Prejean, Nathanial Finger, Ty Foreman and Olivia Finger.

She is also survived by her sister and her husband Ruth and Dick Olsen, her niece Donna Clark, nephew Wayne Clark and nephew the late Wesley Clark and his wife Diana Boylston.

She is further survived by great nieces, nephews, other relatives and numerous friends. Audrey's family would like to extend their thanks and gratitude to all of the staff of The Landing Retirement Community, the staff of Ormond Nursing and Care Center and St. Catherine's - The Advocate March 28, 2018