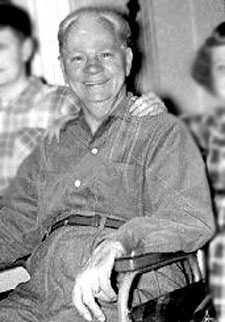 
At some point in time, he dropped the final "e", making his name LaSurk. I have been told he did this because people were pronouncing his name La-SURK-ey

It was Lasurke on the 1920 census but LaSurk on his marriage certificate, May 1921

On his WWI draft registration card he claimed exemption from the draft because of being a 'shell inspector' at 'Winchesters Repeating Arms Co.'

He lived in Florida for many years. (his SSN was issued there)

Found him in the 1923 New Haven, New Haven, Connecticut city directory as George P. LaSurke, living in the household is his father-in-law Harry S. Munson

Found him in the 1926 New Haven, New Haven, Connecticut city directory as George P. LaSurk, married to Beatrice M. He is living at 98 Third Ave, New Haven, a few doors down from his brother, Michael LaSurke, at 70 Third Ave.

He was a resident of Spokane, Washington for 12 years - obituary, copy on file